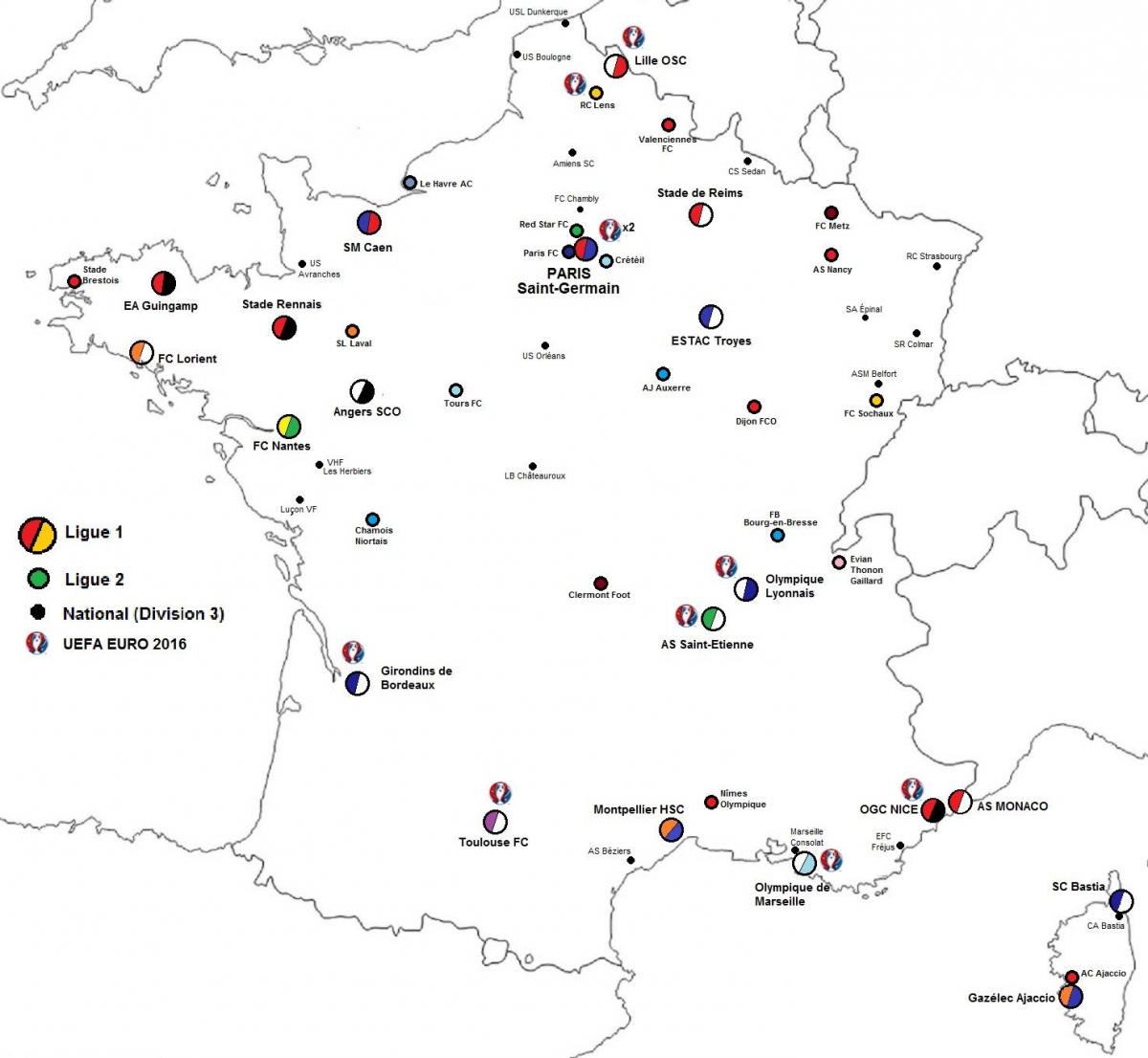 France major football stadiums received a much-needed makeover for the Euro 2016 Championships as its mentioned in France stadiums map. Some spectacular new arenas were built, others got renovated, while many smaller clubs had already built new smaller stadiums in previous years. However, attendances have only picked up modestly, which is a shame considering the much-improved matchday experience.

France is simultaneously home to some of the most spectacular and least impressive stadiums in world football. The Stade de France as you can see in France stadiums map, for example, is capable of hosting over 80,000 spectators and the Stade Vélodrome is not much further off with a capacity of just over 65,000. The impressive, large grounds are not merely reserved for teams in Ligue 1, either. Relegation to Ligue 2 is all too common for even some of the best sides, meaning that stadiums in the French second-tier can often host over 20,000 supporters if needs be.

Stade Vélodrome (Marseille) has undergone plenty of renovations since first being built in 1935, it was a multi-purpose stadium. Parc Olympique Lyonnais or Groupama Stadium (Lyon) originally titled 'OL Land', a name which puts you in mind of a rollercoaster park with Karim Benzema-themed rides, Lyon shiny new stadium (opened in 2016) was the baby of Jean-Michel Aulas. The Parc des Princes is a lovely little stadium - picturesque, neat and modern, but able to host its fair share of supporters (just over 47,000 as its shown in France stadiums map), and with some nice nods to tradition throughout. Stade Pierre Mauroy (Lille) is another of France most historically succesful clubs, and they too have an absolute belter of a stadium to back up their rich footballing reputation, although this one was built in 2012.