You can find on this page the France flag map to print and to download in PDF. The France flag map presents the flag of France in the area map of France. And also the history of the flag of France in Europe.
Blue and red are the traditional colours of France flag, used on Paris city coat of arms as its mentioned in France flag map. Blue is identified with Saint Martin, red with Saint Denis. At the storming of the Bastille in 1789, the Paris militia wore blue and red cockades on their hats. White had long featured prominently on French flags and is described as the "ancient French colour" by Lafayette. 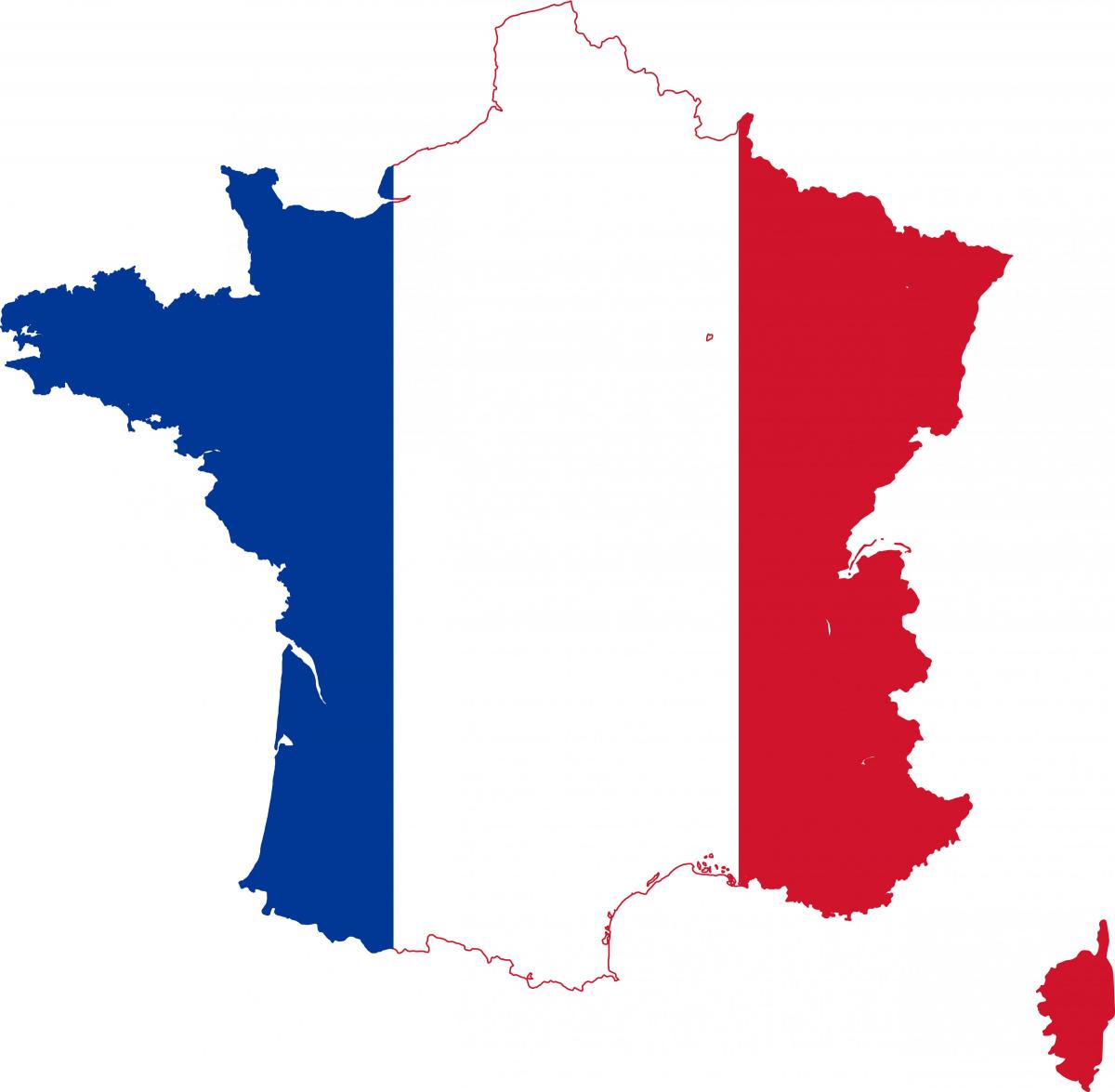 The national flag of France (known in French as drapeau tricolore, drapeau français, and in military parlance, les couleurs) is a tricolour featuring three vertical bands coloured royal blue (hoist side), white, and red as you can see in France flag map. It is known to English speakers as the French Tricolour or simply the Tricolour. The colours and design of the cockade are the basis of the Tricolour flag, adopted in 1790. A modified design by Jacques-Louis David was adopted in 1794. A solid white flag was used during the Bourbon restoration in 1815–30, but the tricolour has been used since.

France royal government used many flags, the best known being a blue shield and yellow fleur-de-lis on a white background, or state flag. Early in the French Revolution, the Paris militia, which played a prominent role in the storming of the Bastille, wore a cockade of blue and red, the city traditional colours as its shown in France flag map. According to Lafayette, white, the "ancient French colour", was added to the militia cockade to create a tricolour, or national, cockade. This cockade became part of the uniform of the National Guard, which succeeded the militia and was commanded by Lafayette.

Currently, the flag is 50 percent wider than its height (i.e. in the proportion 2:3) as its mentioned in France flag map and, except in the French navy, has stripes of equal width. Initially, the three stripes of the flag were not equally wide, being in the proportions 30 (blue), 33 (white) and 37 (red). Under Napoleon I, the proportions were changed to make the stripes width equal, but by a regulation dated 17 May 1853, the navy went back to using the 30:33:37 proportions, which it continues to use, as the flapping of the flag makes portions farther from the halyard seem smaller.